Posted on January 6, 2014 by empressofaiken

Even the best laid plans of revenge by Amanda, Nolan, Jack and Aiden can go awry.  Amanda did get shot on her wedding night – not by Victoria with a fake gun, but by her new husband with a real one.  So the search is on with Aiden, Jack and Nolan trying to track her whereabouts.  Amanda manages to swim to a buoy where she sets off her Mayday garter belt, allowing Aiden to find her aboard another boat.   That leaves the rest of the rats aboard the Grayson yacht scrambling to find her, too, while getting their various stories straight – or crooked, as the case may be.

The police are questioning everybody as to what  took place during the post-nuptial festivities that happened to end up with the bride shot and floating somewhere off the coast of Long Island.  Marguax hands the investigators a copy of the wedding photos but keeps another copy for herself.  Smart girl.  You never know when you might need a little something to cover your tracks when you’re dealing with the Graysons.

Nolan, having spent the night with Patrick, is now working with Aiden and Jack to figure out some way to help Amanda.  Nolan knows that she’s still in danger as long as she’s alive.   Jack is blaming himself because he’s the one who gave her the ultimatum – to finish her revenge plans that night or he’d expose her real identity to everyone.  I, for one, am willing to give him a pass because I much prefer to blame the Graysons for just about everything, like global warming and the downturn in the economy.

Having arrived at the hospital, Amanda’s room is surrounded by the usual suspects and a few people who actually care about her.  Victoria is told that she can’t be alone with Amanda on orders of the police.  Nolan show up and Victoria acts as if this is a strictly family matter because she’s been so happy to welcome Amanda into the fold.  Nolan appeals to Patrick for help which doesn’t go over very well with Victoria.  Nolan does what he came to do, though, and leaves a cell phone, docked at the computer at the nurses’ station to keep an eye on his friend.

Daniel goes into his bride’s room and she grabs his arm.  She wants to know where she is and who she is.  Daniel asks her just how much of last night she remembers.  When she says that she remembers nothing, the relief on his face is clear as day.   Nolan is back at home, with Aiden and they’ve accessed the patients’ files, as planned.  They see that Amanda’s chart shows that she’s suffering from transient global amnesia.  So she really can’t remember anything.  Or maybe she does but she’s pretending because it’ll buy her some time to come up with another idea.  Or maybe she does have amnesia.  Or maybe I have no idea what’s going on at all.  I’m going to reserve the right to be wrong and to change my mind.

Just about everyone is betting that Victoria pulled the trigger, so Lydia is at Grayson Manor, ready to start redecorating the place.  He first order of business is to add a “splash of color” by pouring her glass of red wine onto Victoria’s chair, better now as the throne.   In case you missed it,  ABC placed their own tribute to the chair at the end of this episode  – “In Loving Memory #RIPThrone 2011-2014”.   It’s too bad because I really liked that chair.   Anyway, Victoria and Lydia get into a little dustup which Conrad has to break up.

Aiden is at the hospital with an ambulance to take Amanda out of there and to a safe house where she can be treated without all of the Graysons hanging around.   While Noland is guiding him though the hospital corridors from his house, Patrick, who has the worst timing, walks in and wants to talk.  Nolan isn’t in the mood, for various reasons, and says that he’s disappointed in Patrick for jumping back into the Bates Motel.  They have an argument and Patrick leaves.  Aiden makes his way into Amanda’s room but she’s afraid of him and pushes the nurses’ call button for help.  When everyone swarms into her room, she tells them that some guy was there but that he went out the window.  They think she’s hallucinating.

Danny visits Victoria to come clean about the shooting.  Knowing that mommy dearest is the prime suspect, he tells her that he was the shooter and that he’s going to lawyer up and confess in the morning.  Well, Victoria isn’t about to let that happen, so sets a plan into works to pin the whole thing on Lydia.  I think she’s more upset about her chair than we first thought.  I know I’d be.  Thanks to Margaux’s second set of wedding photos, they have all they need to frame Conrad’s mistress, but first they have to enlist the aid of Conrad.  It doesn’t take much convincing it seems,  because Conrad heads straight for the Southfork Inn to put the plan into action.  After telling Lydia that they’ve been exposed and that he’s about to change his statement to the police, he also tells she that she’s to stay put and not do anything rash.  This bit of news sends Lydia packing and on her way out of the Hamptons.  Mission accomplished.  Now the TV news has Lydia’s face splashed all over the place, as a person of interest in the shooting.

Meanwhile, Charlotte has been at Amanda’s bedside, showing her own set of wedding pictures, hoping to jar her memory.  She tells Amanda that she’s always been her inspiration – that makes no sense to me;  I thought she was still mad at her – and can’t understand where she gets her strength.  Amanda then tells her that she gets it from her father – David Clarke.  Yep, that’s what she said.  Shortly thereafter,  a nurse comes in and asks Amanda about her double Infinity tattoo.  It also looks as if the nurse is fiddling around with the IV.   This is no ordinary nurse, as if anyone in this whole thing could be considered ordinary.  Aiden, waiting in the parking garage.  stops the nurse, whose name is Niko, by the way, and asks her why she’s there.  She says that she came to help him.  She tells him that she saved his life when he was shot and, since she’s here anyway, he should use her.  He offers her some advice , but she’s way ahead of him and says “I know, don’t trust the Graysons.”  Word gets around, I guess.  Then they kiss – like seriously, not like Revenge school alums at their class reunion.

Danny and Conrad are arguing about what they’ve lost and the sacrifices each of them as made.  Well, from what we’ve seen, Conrad has lost his mistress and Danny has lost Sarah, thanks to his parents.   Conrad wants some sign of gratitude for everything he’s done for his son but Danny doesn’t see it that way.  Conrad has had enough of his son’s  betrayals and tells him that he better pray to his father up in heaven because his earthly father is through with him.  While Danny is finding himself newly emancipated, Victoria is finding comfort from Patrick.  She wants him to do whatever makes him happy and he wants to help her take down whoever is an obstacle to her happiness.  He also tells her about the double Infinity box that’s being hidden at Nolan’s place.  When she shows him a picture of Amanda’s tattoo, he recognizes it as the same design as that on the box.  Patrick sure knows how to play Victoria, even more so than Danny-boy.

Charlotte returns to Amanda’s room and she’s brought Jack along.  She leaves them alone and Jack gives Amanda the locket that belonged to Emily.  Amanda grasps it and has some flashbacks to when Emily died – a reminder that no bride goes unscathed in the Hamptons.  She then tells Jack that Danny shot her.  Oh boy, that transient amnesia is a tricky thing. 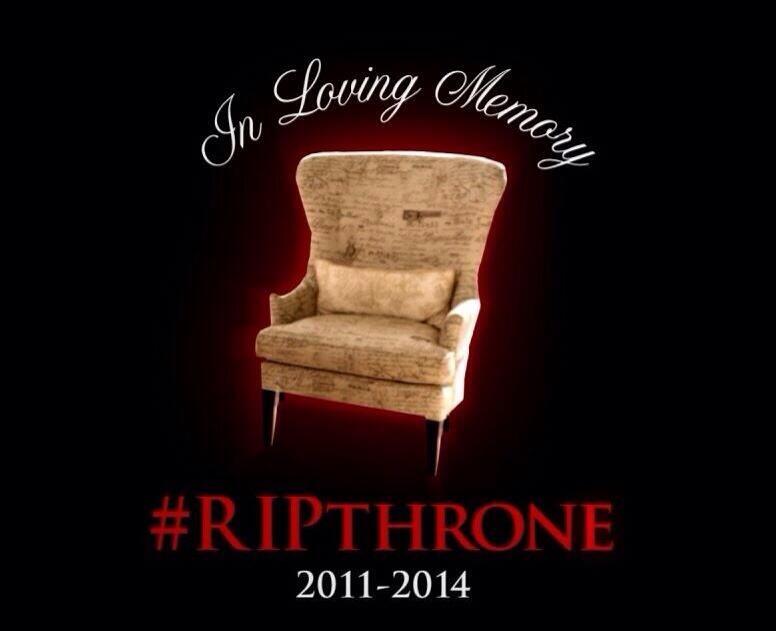